Design and the Self

Everywhere we go, we are surrounded by bad design - from airplane seats that distort our posture to aesthetically inelegant cars. Landscapes that were once green and blue are now paved over. Our surroundings are full of missed opportunities to introduce delight and joy into people's lives.

The World's First 'Marschitect' Is Laying the Groundwork for Architecture in Space Having lived all around the world, Vera Mulyani now wants to help design the first city on Mars. Describing herself as the world's first "Marschitect," she is the founder of Mars City Design, an innovative project that counts Apollo 11 astronaut Buzz Aldrin among its backers.

Join Designer Hangout and Aarron Walter for a discussion on design education, designing for emotion and building design teams. About Aarron: Aarron is the VP of Design Education at InVision. - Join Jake's Crowdcast on Tue Aug 16 2016 8:00 pm EDT

Design ties together the different pieces of a business into a bigger idea that sticks. It starts from the small things, from the logo and typeface you choose, to the way you organize your company. Each of these things are a trail of breadcrumbs that lead back to your company and amplify your brand.

Designing in Sketch for Framer Studio Naming Artboards and Layers, it's best to avoid using spaces and even dashes because it will cause problems with syntax in your coffee script - It's best to stick to camelCase or names_with_underscores.

Website for the podcast Dissection, produced by JK Design

Mockups and the Blueprint & Play technique

Lea la version en español: Los Mockups y la técnica del Blueprint & Play A method that make easiest the customization process of the mockups for Photoshop Over recent years the use of mockups for Photoshop have become in a very coveted resource for designers that are looking to improve the presentation of their projects. 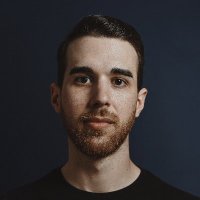 The most broken part of your user experience is email

Email isn't broken but the companies that abuse it are The UX of email sours customer relationships. I subscribe to nearly 300 email newsletters. Some I receive by signing up to get deals, offers, and updates, explicitly.

This week we had the pleasure of speaking with lettering bad-ass J essica Hische. Jessica has been working on her own as a letterer, illustrator, type designer, and relentless procrastiworker since 2009 and has worked for (and continues to work for) a lot of wonderful clients like Wes Anderson and Penguin Books. 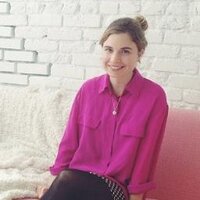